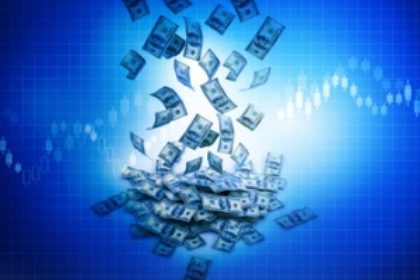 One year ago I resigned from my employer to work for myself as a consultant. Just before doing so I emailed a friend of mine to ask his opinion and the last sentence in his reply was “Fortune Favours The Brave”

The decision to go self employed was actually something I planned for some time. I’d made a plan to be in a financially viable position and have enough certifications to my name before pulling the ejector seat handle. This is essential if you want to remove some of the stress away from what is possibly one of the biggest decision’s you’ll make. Having money and experience behind me was my way of ensuring the canopy was clear before ejecting. I didn’t want to end up like Goose from one of the best films ever made – Top Gun.

I’d been with my previous employer for over 6 years and held the title of Principal Engineer. From an engineering / technical perspective that was the highest position available to me. The only way up from there would have been management which had no appeal to me at all. I’m an engineer and need to be close to and working with tools. I’m 40 this year and most of my friends and ex work colleagues have chosen different paths like management, design and pre sales etc but being an engineer is what I love doing and always will be. When you’ve worked for the same company for a few years you eventually get to the point of becoming everyone’s ‘go to man’ for assistance and spending half your week on conference calls or in meetings.

I wanted to go back to being a design and technical implementation engineer. Going independent would give me the opportunity to work on different networks at many different companies with new problems to solve.

Was pulling the ejector seat handle the right decision?

One year on I can honestly say its unlikely I’ll take permanent position again. I’ll stay independent although its actually been one of the hardest working years of my life.  I felt I was prepared technically and had enough experience in the industry to survive but I was not prepared for the learning curve of running a business. I have a system now and become accustomed to the monthly, quarterly and yearly administrative responsibilities of running an albeit tiny corporation but its been hard work to get there.

Working for companies as a contractor takes some acclimatizing too. I’ve so far not been fortunate enough to find that euphoric contract where your assigned a single project with a large budget to build a next generation architecture. My experience so far has been what I can only describe as being dropped into war zones. Once you touch the ground you have to orientate yourself pretty quickly to avoid being hit by a plethora of missiles aimed in your direction. There’s a pretty high expectation for you to instantly become accustomed to their entire infrastructure, process and procedures. This would likely take a permanent employee months before there able to start adding value, not contractors though, you have to use your Jedi powers, use the force and start adding value immediately. The amount of animosity shown towards you by the permanent staff is sometimes overwhelming. Chances are you’ve been brought in because the permanent staff lack the skills and or experience required to keep the project deliverable’s on track or staff have already abandoned ship. You have to grow a thick skin and build rapports with key people quickly.

What are the pros

I find being independent vs being in a permanent role is a bit like being on board a cruise ship vs a small yacht. Large ships like cruise liners have to start slowing down a mile in advance to docking at a port or risk running a ground. Changing direction is also hard for large ships vs small yachts that are agile, can accelerate and decelerate quickly. You wouldn’t want to spend long periods of time on a small yacht though, especially if you had long and tough journey crossing the Atlantic. You’d want to be on a cruise ship to make that journey for safety reasons.

I much prefer the small yacht approach.  I like the agility it brings being able to change direction quickly. Especially if you find yourself in a position as described above, the hot landing zone. As a contractor you can decide to not renew the contract at the end of the term. Depending on the contract lenght this means only needing to tolerate those conditions for a short period of time.

If you moved from permanent role to permanent role with only few months spent at each this would be frowned upon by future employers. In contracting / consulting world this is expected behavior.

Working as contractor its certainly possible to earn a significant amount more money than working in a permanent role. It sure needs to be though. Remember your only paid for the days you work so holidays, public bank holidays, time taken of due to illness or family emergency go unpaid.  The time between contracts is also obviously unpaid. Once you take all that into consideration you can do some math to work out what your actual day rate calculates to over a 12 month period. You might be surprised how low that figure can get to, it does very much depend on how many months over the year you spend in contract.

On the plus side the money you retain from your earnings is much higher than working for an employer. Various expenses are tax deductible, travel, equipment etc. Sure an employer may pickup those costs on your behalf but it depends. Travel costs to and from your usual place of work will come out of your pocket post tax but being self employed these expenses are taken pre tax which can be quite a saving.

As an independent you view all the companies you work for as clients / customers. This is certainly a much different view than working for them as an employee. It’s much easier to set aside the politics and focus on the deliverable’s they set you.

This is certainly been a positive for me. I made a decision last year to take a few months off to spent the summer with my four year old son before he started primary school. This would have almost certainly been impossible if I was in a permanent role. Some might say that was an expensive break due to not being paid for the 3 months I took off, but the time I got to spend with my wife and son was priceless to me.

It’s great being able to have every Christmas off without having to arm wrestle colleagues and managers for the privilege. Having a young son, Christmas is a special time of year for us as a family. Most of the large enterprises tend to have contractor ban’s over the Christmas period which suits me just fine!

What are the cons?

You know that sick feeling caused by anxiety you get get just prior to starting a new job? imagine experiencing that every time you start a new contract. I certainly do. Most people on average only change jobs every 5 years or so. As a contractor depending on the length of the contract you could potentially be working for 3 – 4 companies per year. That anxiety feeling doesn’t seem to get any easier for me.

You’ll also need to re invest some of what you earn into equipment and training. In some respects this is actually a plus to me. I like to choose the equipment i.e laptop I want to work with vs getting handed one by an employer that’s about as useful as a chocolate tea pot. There have been technologies I’ve wanted to study for in the past that I’ve not be able to secure funding for from my employer. Being independent what I study is my choice, now I can offset the cost of training materials relevant to my work against tax which saves me quite a lot of money.

Keeping current and relevant in the industry is also essential. You have to keep that next contract in mind which could require you to have experience across lots of different technologies across multiple vendors. Gone are the days of specialization. Most of the contracts require you to have a plethora of skills.  I’ll give you an example:

“Consultant required, must be expert in: Palo Alto Networks firewalls required to design, test and implement firewalls as part of the clients new green field next generation firewall strategy”

Its not just difficult to be an expert in all of the above technologies, its impossible. Unless your Chuck Norris or Yoda of course.

I work really hard to become as knowledgeable as my brain will allow me. My approach to this is to read blog posts daily written by the celebrities of our industry, listen to podcasts and keep studying and taking certifications. If you keep current, relevant and become a full stack engineer the rewards are high. I’m not suggesting you’ll necessarily earn a higher income, for me its getting that contract renewal and or clients that ask you back again to assist with new projects. Contract renewals and referrals mean you don’t need to deal with the recruitment industry so often which believe me, you’ll be grateful for.

So, has fortune favoured the brave for me? Yes, but the fortune in my case is not financially related its the work life balance I was seeking and have found. I so far only have a single year behind me to compare too but its been a positive move for me. It’s hard work being independent as the expectations are much higher of you.

One question I’m often asked is how I live with the insecurity of being self employed.  Don’t let that scare you, I believe permanent roles are just as insecure these days. I actually feel more secure now than I ever have and I think that’s because I feel liberated and free to change direction when ever I choose.  I never had that feeling in any permanent role I’ve held over the past 23 years.

If you have any questions regarding working as an independent consultant then please get in touch and I’ll try to help.